Already a few weeks last year, my 3d course at the city academy was over, it was lucky to combine 3d and
Technical drawing for the department of design.
As soon as a girl's group of female students appeared on the horizon, 4 courses. Reasons to think about the
prospects and cheek puffed up by themselves.

This time I had to remove a lot of superfluous from the training program and leave more practice. left only
tools useful for the designer.
The hours allotted according to the technical drawing are transferred to the Cad programs environment. Last year
there was a bust with the material.
The discovery was that not everyone wants to model hardcore and "embroider beads", for me it was a blow)

It was not the easiest task to put a skill and give tools that can be used in realdaily work the very next day. To a man who does not know anything about 3d.

An example of a technical drawing made in a browser threaded program. Onshape
Programs in which there was work
Zbrush, Modo, Photoshop, Onshape 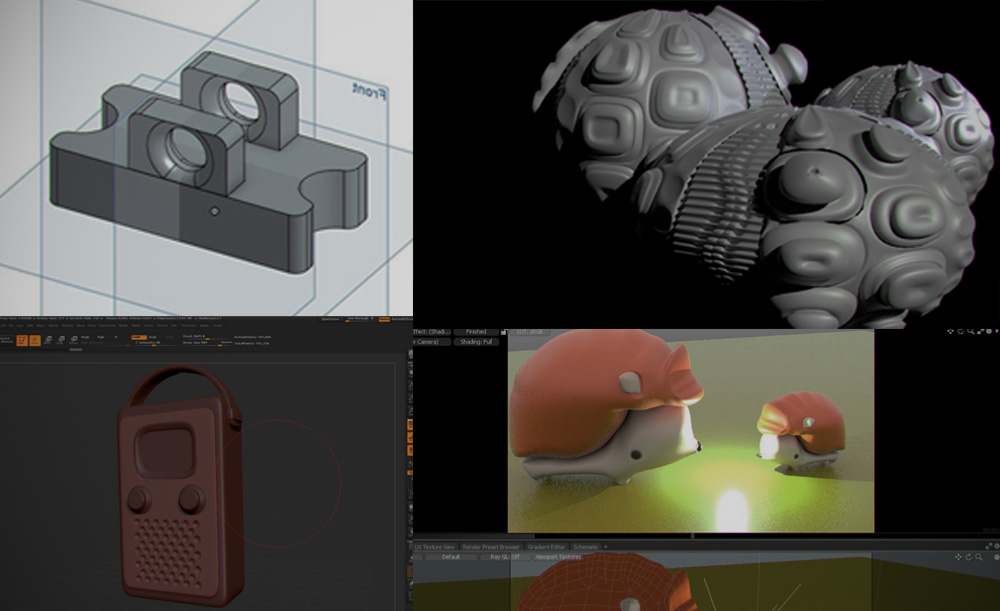